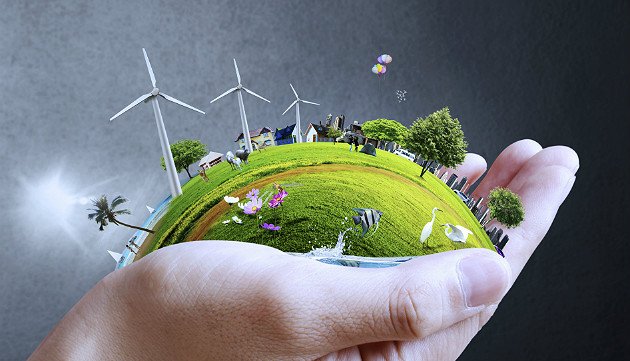 Climate change, conflict, poverty, and inequality have become increasingly serious threats to corporate sustainability. Despite technological advancements, with these challenges, organisations must rethink their supply chain security by putting people and the environment ahead of immediate profit if they will survive well into the future. Nowhere does this fact need to sink in right now more than in Africa.

A few decades back, corporate entities were the last people you could sell sustainability to. Afterall, businesses are created sorely to make money, or so the shareholders thought.  Workers to satisfy, overheads to manage, bills to pay, and profit to keep the business going, the list is endless. However,  it has now become obvious to corporate organisations that the same shareholder-interest they thought they were protecting by conserving funds, would be in jeopardy if they do not begin to practice initiatives that will ensure the sustainability of resources the earth has to offer.

One of the companies that realised this early is Unilever, a global producer of several household products. Several years back, Unilever decided to start making some of its popular products into sustainable brands. They began to incorporate sustainable concepts and practices into the supply chain networks for producing these products with amazing results. Take for example, Lipton tea, which is made from tea gotten from farms in East Africa. The journey of the tea plant from rural Kenya into the teacup of a British businessman is a complex chain that can easily be disrupted by any catastrophic event in East Africa like a drought. The understanding of this interconnectivity stirred Unilever to put more money into taking care of farmers and sponsoring sustainable agricultural practices in East Africa that have resulted in better yields and higher incomes. When these kinds of initiatives were adapted to other products in Unilever’s Sustainable Living Brands portfolio, the results were amazing. Together with Lipton, the 28 brands in the portfolio accounted for a ground-breaking 75 percent of the company’s growth in 2018. According to Unilever, the portfolio grew 69 per cent faster than the rest of the business.

Another example is the chocolate manufacturing companies, including global brands like Nestle and Cadbury, and cocoa farmers in places like Ivory-Coast and Ghana. Several years back, it did not matter if these companies continued to smile to the bank while rural farmers in those countries lived under poverty and were sometimes subjected to unfair conditions by middlemen and landowners. Also, it was discovered that large scale cocoa farming was leading to deforestation and up to two million child labourers are involved in the farming. The inherent problems in this unsustainable supply chain meant that cocoa price became unstable and sometimes, sudden disruptions to the supply chain in Africa would impact heavily on production in England or France. Things began to change when the chocolate companies began to deal with the problems at the source. It was not their problem, but they had to take care of it to secure their supply chain. Initiatives such as the CocoaAction, a $500 million “sustainability scheme” launched in 2014, have helped to improve conditions of farmers, increase their yields, and stimulate more conservative agricultural practices that will curb deforestation.

As Africa continues to grapple with existential problems of survival, the world has found a business case for practicing sustainability. We have realized most of the resources on our planet are finite but can easily replenish if exploited conservatively. These resources also include the humans within the supply chain ecosystem. The mantra is to extract resources in such a way as to not jeopardise every other person’s access to them in the future. In other words, it is thinking about us later, instead of just me, now. In Africa, where many people still see things from a short-term benefit perspective, it is often difficult to explain the benefits of sustainability.

However, we need not look too far to see the consequences of unsustainable business operation, they are right there in the Nigeria’s Niger Delta. Decades of irresponsible crude oil exploitation had passed by without curbing the attendant pollution from oil spillage, and with little concern for the welfare of the host communities. The degradation of the land and ensuing unrest have made the region increasingly unfavourable for business and driven the cost of oil production up. Furthermore, incessant oil theft continues to bleed the country and the oil companies doing business in it.

Nevertheless, sustainability can only bring maximum benefits to all if it is adopted by everyone across the value chain. Businesses, workers, suppliers, governments, and consumers all need to be on board. Sometimes, it requires spending more money on projects as businesses to mitigate adverse effects or buying more expensive products as consumers because those things leave less damaging imprint on the society. As government, it also requires making laws that will compel individuals and corporate entities to behave more responsibly to others and towards the planet.

While the business case for sustainability has become obvious, many will ask if it is worth it in Africa, where natural resources abound, competition is fierce, and rules are scarce. Sometimes, all you have to do is just grease a few palms and take whatever you want. Many businesses in Africa are tormented by the prisoner’s dilemma. Whenever they want to adopt sustainable practices, they look at other businesses that are still clinging to the old ways and realize the resources would be depleted one day anyway. According to this argument, is better they joined the scramble today than to realize they are at a disadvantage tomorrow.

But change usually begins from one person or organisation that decides to do things differently. With its concentrated Tide detergent, Procter and Gamble(P&G) has shown us that an entire industry can become more sustainable based on the decision of one company. In 2011, P&G started making its Tide detergent in a concentrated form that is compacted into one-third of its former size but retained the same washing power. The new form was easier to handle and transport, eco-friendly, and does not require much water to make. According to the company, the compacted detergent would help save 22 million pounds of packaging, 2.9 billion litres of water, and 4 million GJ of energy in US and Canada alone. Also, the product consumes less space and was a blessing for stores, including Walmart, which had decided earlier to sell only concentrated products in liquid laundry detergent category in an effort to save more than 400 million gallons of water, 95 million pounds of plastic and 125 million pounds of cardboard. The combined actions of Walmart and P&G eventually led to other detergent manufacturers.

The next dilemma for manufacturers would be how to make African consumers who are money conscious to buy products that may seem a little more expensive but deliver more sustainable value. This is where consumer education and regulations come in. Walmart had to explain to the public that it is taking non-concentrated detergents off the shelves because it simply does not want its customers to have to choose between a product they can afford and an environmentally friendly product. As a big retail outfit, Walmart realized it had a huge influence on manufacturers’ decisions. Huge African retail outfits like Shoprite can do the same.

Today, brands have become ever more biological, as close to human beings in nature than ever in history. Just like humans, brands have personalities, emotions, and actions. And just like humans, stakeholders now expect brands to exhibit such desirable virtues like honesty, compassion, courage, and altruism. Consumers and investors are beginning to listen and have started rewarding good behaviour in their favourite brands. In response to this, corporate organisations in Africa need to rethink their entire supply chain security. They need to incorporate the principles of sustainable corporate practice into the DNA of their operations, understanding that we live in a fragile world where, to make good and enduring profit, we also have to take care of the people and the planet. The time to act is now.

And together bequeath a sustainable universe for the next generation